A story that starts in Milan’s heart of gold

A story that starts in Milan’s heart of gold

Raimondo Guaita, creator and first director of the Children’s Hospital

Raimondo Guaiata was an Italian pediatrician born in Como in 1852. After graduating, his interest in treating diseases in infants brought him first to Berlin, and then to Paris and Vienna. He returned to Italy with the idea of giving Milan a separate hospital for poor and sick children, like the ones he’d seen abroad. His idea took shape in 1899 when the Children’s Hospital was founded on premises belonging to the Congregation of Charity at 25 Via San Vincenzo: a temporary home for a stable enterprise.

The Children’s Hospital was born. Thanks to Milan’s heart of gold.

“This morning, before local officials and a large invited crowd, the Children’s Hospital was founded”. With these words, the paper Il Secolo opened their June 7, 1899 account of this solemn ceremony. “The core”, commented the newspaper Corriere della Sera “of a proper, independent children’s clinic sure to bring distinction to Milan, to Italy, and to the pediatric science of our Country.” The achievement was “another victory for individual philanthropy”, continued the article, “for the rich landowners, for the noble benefactors and ladies who were moved to put on charity events to raise funds.” 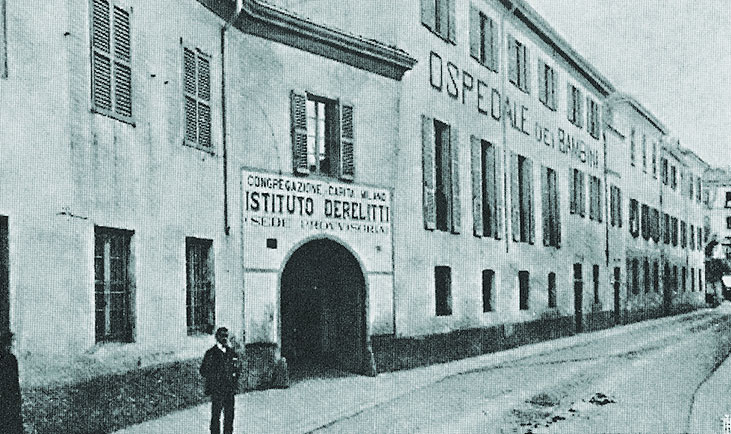 The practice and science of pediatric illness

In its first years of life, the medical and surgical activity of the Children’s Hospital kept growing, as did its reputation throughout Milan and the surrounding area. Raimondo Guaita, reiterating his deeply-held beliefs, explained the different role of a hospital and a clinical annex. The first was meant to treat diseases. The second was entrusted with the social function of a pediatric hygiene school, helping mothers to avoid behaviors that could cause illness in their children. On the one hand, curative medicine; on the other, preventative. This was a very modern concept at the time.

The dream becomes reality: the complete building at 32 Via Castelvetro

The inauguration of the new building, where the Children’s Hospital is located to this day, took place on December 9, 1906. Raimondo Guaita, in his address at the opening ceremony, affirmed that “the Children’s Hospital is no longer an idea, a desire, a dream: it is an established fact. It is a new garment, a jewel, the most valuable of all, since it aims exclusively to protect sick children. Many have contributed to the success of this project: from our generous benefactors to members of our board, to health directors, to the nuns so laudable for their exemplary and patient self-sacrifice, to the children.”

The Children’s Hospital boasted two success stories: one scientific and one organizational. And the reasons for these outcomes are attributable nearly exclusively to the tireless work of Raimondo Guaita. In his role of doctor and health director, he was responsible for teaching mothers basic hygienic norms and also transformed his medical staff from “children’s doctors” into complete and modern pediatricians. As for the administrative aspect, he had the foresight to involve in the enterprise a number of key nobles and businessmen of Milan, as well as accountants, auditors, and patrons capable of raising funds.

On May 31, 1911, the hospital’s president communicated to the leading newspapers “the appointment as primary medical director Dr. Cesare Cattaneo, currently professor of Clinical Pediatrics at Regia Università of Parma”. The first years of his directorship coincided with the last of Giovanni Giolitti’s government. This was a period of great political and economic upheaval, ending with interventionist fever and the outbreak of World War I. They were years of ideological and cultural fervor and of growing hope in the medical and pharmacological fields.

From the periphery to the center

In 1915, director Cesare Cattaneo offered a teaching position in the Pediatric Clinic at the Perfezionamento Clinical Institutes to Luigi Mangiagalli, noted director of the obstetrics and gynecology department. This was an important moment for the Children’s Hospital: the recognition of the possibilities and quality of pediatric instruction. The hospital became not just a place for treatment, but additionally a research and teaching center.

A leader during the Great War

During World War I, the Children’s Hospital became a leader not only for the city, but for the province, the entire Lombardy region, and a large part of northern Italy. In 1917, the entire building on Via Castelvetro housed children who were refugees, ill, or simply in great need, incurring a not-insignificant structural and economic sacrifice. At the end of hostilities, the provincial administration accepted a request to classify the city hospital as an inter-province hospital.

Economic difficulties in the fascist period

The rise of the fascist regime in Italy caused greater attention on families and, in particular, on women and children. Despite economic difficulties, in 1922 a new observation wing was built to care for patients with infectious diseases. 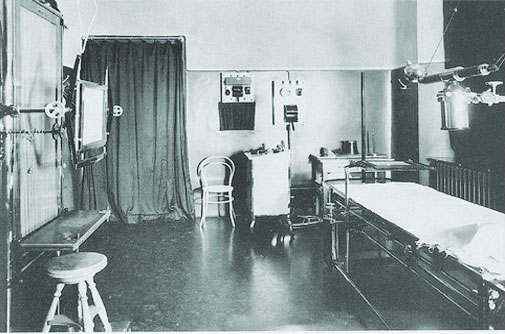 In 1938, a donation by Sandra Crugnola, in memory of her husband Giulio Guttinger, allowed for the construction of a dedicated center for the recovery of patients afflicted with polio. “One of the most serious and threatening scourges hanging over the ease and promised joy of childhood,” in the words of the acceptance message.